The Blue Pond is named after deep blue color which it owes to natural minerals dissolved in the water. Not promoted as a tourist spot until recent years, the pond is part of an erosion control system that was built to prevent damage to Biei in case of an eruption by nearby Mt. Tokachidake.

The blue color of the pond is attributed to the presence of aluminum hydroxide in the water that reflects the shorter wavelength blue light the same way the earth’s atmosphere does. The color of the pond also changes depending on what angle you look at it from and even at different times of the day. Although the water appears blue when viewed from the land, the color is not found in the water itself.

The Blue Pond became a global attraction only recently after Apple included an image of the aquamarine pond in the recently released OS X wallpapers. 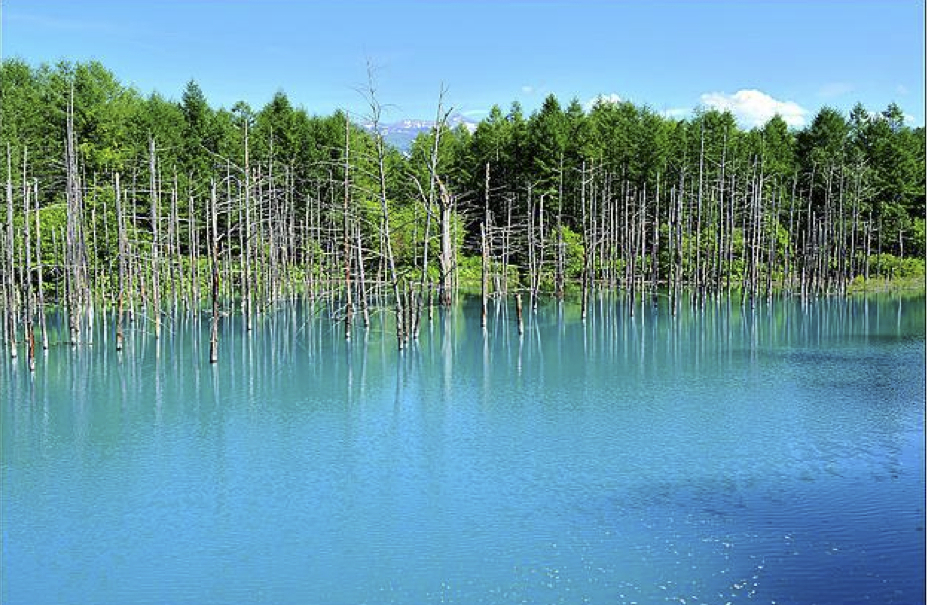 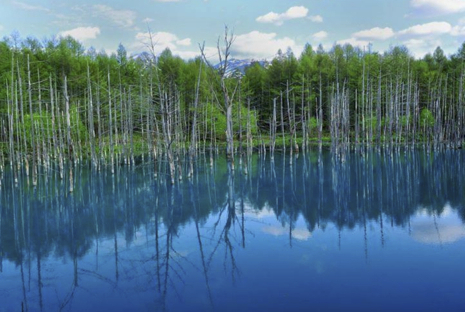 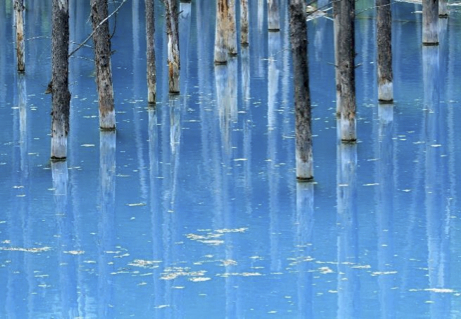