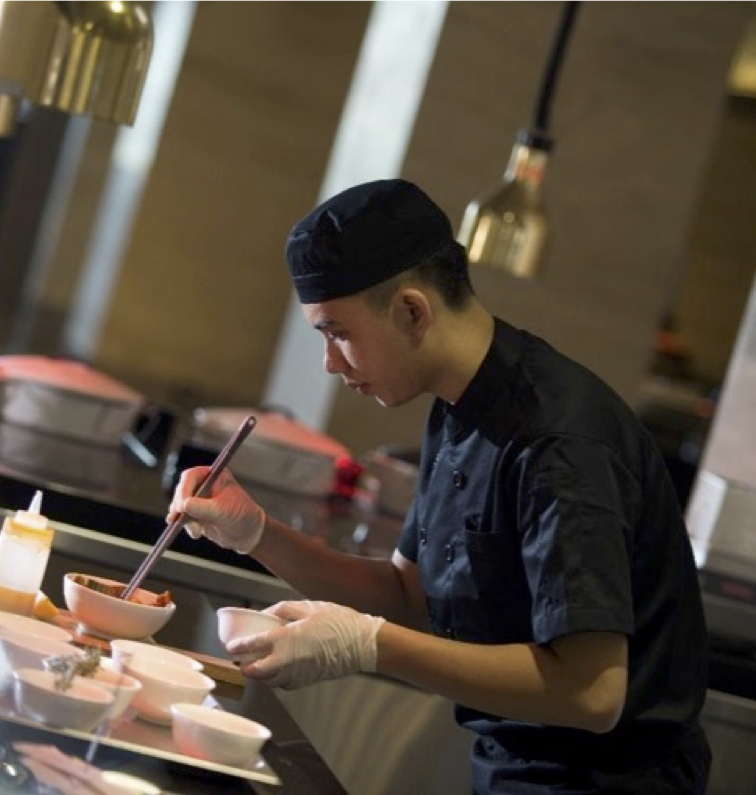 The Rijsttafel, the Dutch colonial feast, was created to provide a festive and official type of banquet that would represent the multi-ethnic nature of the Indonesian archipelago. Dishes were picked and assembled from many of the far flung regions of the country, often determined by ethnicity and culture of the particular island or island group, and many others from the hundreds of inhabited islands. During its centuries of popularity in the Dutch East Indies, lines of sarong-clad servants ceremoniously served the marathon meal on platters laden with steaming bowls of fragrant foods. The first to be served was a cone-shaped pile of rice on a large platter, which the server placed in the center of the table. The servers then surrounded the rice platter with as many as 40 small bowls holding meat and vegetable dishes as well as condiments. Today, the rice table has practically disappeared from Indonesia’s restaurants and is served only by a handful of fine-dining restaurants in Indonesia. Alila Solo is proud to present its contemporary version of the traditional Rijsttafel; choices of nasi kuning (yellow rice) or regular steamed rice, accompanied with dishes such as satay, rendang, gado-gado, grilled chicken rica-rica, red snapper in yellow acar sauce, fried shrimp in sambal, potato perkedel and tempeh, also with kerupuk or rempeyek crackers.