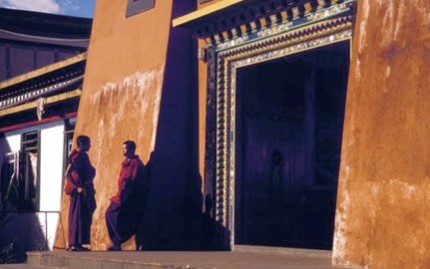 Small but beautiful, Sikkim is situated in the Eastern Himalayas. Spread below the Mt Khangchendzonga (8534m), the third highest mountain in the world, and revered by the Sikkimese as their protective deity.

Sikkim shares her border with Tibet in the north, Bhutan in the east, Nepal in the south. Amidst the grandeur of the mountain peak, lush valleys, fast-flowing rivers, terraced hill. Within a matter of hours one can move from the sub-tropical heat of the valley to the cold of the rugged mountain slopes that reach up to the area of perpetual snow.

Darjeeling is a town in India’s West Bengal state, in the Himalayan foothills. Once a summer resort for the British Raj elite, it remains the terminus of the narrow-gauge Darjeeling Himalayan Railway, or “Toy Train,” completed in 1881. It’s famed for the distinctive black tea grown on plantations that dot its surrounding slopes. Its backdrop is Mt. Kanchenjunga, among the world’s highest peaks.

Kalimpong is a hill station in the Indian state of West Bengal. It is located at an average elevation of 1,250 metres. The town is the headquarters of the Kalimpong subdivision, a part of the district of Darjeeling.

Email us to customise your itinerary!