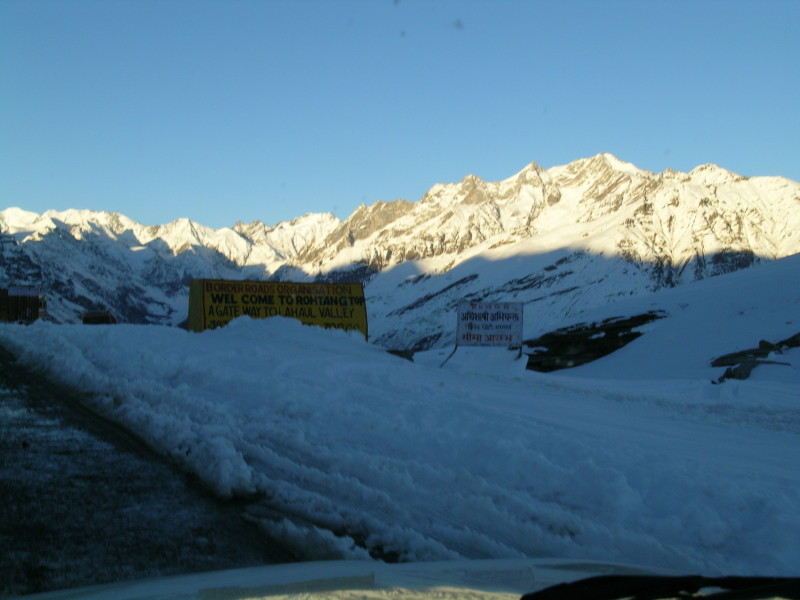 These tours first bring you to the Shivalik Himalayas between Kiratpur to Mandi.  You will be visiting the Lower Himalayan hills along the Beas river, between Mandi (760m) to Manali (2050m). We will also visit the Trans Himalayan valleys of Lahaul and Ladakh along the route and finally visit Kashmir Valley (only for the longer tours).

About Himachal: Himachal is one of state located in the Western Himalayas.  Himachal literally means “In the Lap of Snow”, set amidst the high mountain ranges of Dauladhar, Pir Panjal and the Great Himalayas.  Himachal is blessed with some of the most spectacular landscapes with mighty snow peaks, deep gorges, lush green valleys, flower filled meadows, misty woods, fast flowing icy rivers, glaciers, enchanting lakes and part of the Tibetan Plateau. It is located in the transition zone from the plains to the Shivalik Himalayas to the Lower Himalayas to the High Himalayas and then to the Trans Himalayas.

About Kullu-Manali Valley: Blessed with an abundance of natural beauty, Kullu-Manali valley is rightly celebrated as the valley of Gods.  Nestled between High Himalayan ranges of Dhauladhar and Pir Panjal with some of the peaks rising over 6500, about 80 km long, this lush green valley extends from the gorge at Aut (1000m) to starting point of Beas River at Rohtang Pass (3978m), draining melting water from all the glaciers located all around the valley.  It harbours evergreen forest, alpine meadows, beautiful rivers and orchard laden with fruits.  Manali at an altitude of 2000m is the start point for all sorts of adventure expeditions over the High Himalayas to the Trans Himalayan region.

About Ladakh: “More Tibetan than Tibet”, “Moonland”, “the Last Shangrila” are all romantic names given to Ladakh. With its stunning barren rugged terrain and untouched Tibetan culture, it is certainly a beautiful place – befitted all the above & much more.  The height of these ranges of the Western Himalayas prevents rain clouds from crossing into Ladakh and as a result, Ladakh receives only about 2 inches (5cm) of rain per year. The aridity of the area is immediately apparent to the visitor, with long vistas of stark mountains and valleys with only a few oases of green. Partially opened to visitors in 1974, Ladakh still retains its air of mystery which unerringly draws all those in search of the unknown, be it the serious scholar or the lover of adventure. A high, arid plateau with some of its mountain peaks rising to over 7000m, the wild grandeur of the land contrasts dramatically with its cheerful and warm-hearted people, the two combining to create a unique geographical, historical and cultural entity which fascinates the most casual visitor.  It is ideal country, with its intricate network of trails threading through the mountains. Ladakh was at the center of the great trade routes across Central Asia, when journeys lasting up to two or three years were not uncommon.

About Kashmir: Set like a jeweled crown on the map of India. Kashmir is a multi-faceted diamond, changing its hues with the seasons – always extravagantly beautiful. Two major Himalayan ranges, the Great Himalayan Range and the Pir Panjal, surround the landscape from the north and south respectively. They are the source of great rivers, which flow down into the valleys, forested with orchards and decorated by lily-laden lakes.

Email us to customise your itinerary!